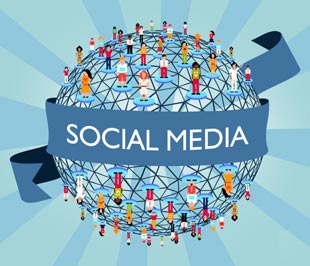 The talk about social media making us narcissistic and superficial due to our obsession with it is just a big hype. The fact is, that is changing the globe in amazing ways. This is a conclusion from the research done by University College London and it has been provided in various new books and reports.
For this extraordinary research, nine anthropologists spent 15 months living in nine different communities around the world. During that time, they researched the impact of social media in everyday lives of the people. According to reports, it has formed relationships among different civilizations around the world and brought people together whether they are Muslims women on the Turkish border, Chinese factory workers, Poor children in Brazil, or IT professionals in India.

Following are 15 ways how these sites are changing our world we live:

1. Memes became our moral way what is right and what not
Over the years, there has been an increased use of memes in social media. Memes can be used as humorous jokes and parodies as well as to deliver serious religious messages.

2. Social media is an important catalyst to educate people
It’s another hype that spending too much time on websites such as Twitter, Facebook, etc. distracts children from their studies. That may be true in some cases, but study found that there are many schools around the world that recognize that social media helps in informal learning and in some circumstances it is the primary means of education.

3. Selfies means different things around the globe
Over the years, social media platforms such as Snapchat, Instagram, etc. has encouraged the use of selfies. Some may call it self-obsession, but selfies are used for many other purposes. For example, in England, there are three different styles of selfie and in northern Chile, people call it ‘footie’ as it shows a person’s feet while doing relaxing activities.

4. Equality on internet doesn’t mean equality offline
Although there are many benefits of social media communication to excluded populations, but it only has a minimal effect on social difference offline.

6. Being Public is conservative
Many social media platforms tend to be conservative and do not encourage religious and political postings.

7. We now express through photos
Apart from verbal communication, there’s been an increased use of visual content such as photos, emoji’s, etc. And most of the conversations are now considered incomplete without emoji’s or photos. Furthermore, these verbal aids help shy people communicate better because they can express their feelings with these visual symbols.

8. It is not making us more individualistic
Most people think that the use of social media is making us more individualistic and selfish, however, that’s not the case. According to research, there are rare cases when this occurs but mostly is supporting traditional groups, for example, family, tribes, and castes, to solve any disagreements or conflicts created by mobility and migration.

9. It best promotes personal commerce
It provides opportunities for businesses as well as small people to promote their brand or trade, especially individuals can use it for peer-to-peer selling.

10. Social networks has created a new genre of communication based on groups
It encourages grouping. People in groups can have their own degree of privacy.

13. Conversations and relationships are polymedia
Most people use more than one platform for the purpose of posting or managing their relationships. People are even judged as to which platform they use, which makes it a social and moral issue. It is called “polymedia.”

15. It’s a threat to our privacy, but can also provide same
While there has been a concern about privacy posed by, it can provide a taste of privacy to those who have never known it. For example, in most regions of East and South Asia, there’s not much of individual privacy and for them social media is the only place where they can experience any kind of private connection.